A year ago, the ICC released figures for what it boastfully termed “one of the world’s most-watched sporting events”. With a cumulative audience of 1.6 billion, and 706 million unique viewers, the 2019 World Cup had generated some impressive numbers. And yet despite hitting new heights, could it still justify its status as world cricket’s biggest tournament?

For more than three decades from its inception, the ODI World Cup’s stature as the game’s peak spectacle was beyond question. It had the biggest television audience, brought in the most revenue, and carried the cultural relevance of being the one competition that cricket lovers around the world all looked forward to seeing every four years. But over the past decade its aura has faded. It is no longer the competition that the majority of cricket watchers look forward to the most.

After all, out of the 706 million people who watched at least some of the 2019 World Cup, 509 million were in India. And yet 462 million Indians tuned into the 2019 IPL on television, and a further 300 million did so through Hotstar’s digital platform. While the India-Pakistan clash at the World Cup pulled in more than 320 million viewers in one go, the following of many of the tournament’s other matches was small. By contrast, the IPL has more consistent viewership across a competition of similar length.

There are other ways of measuring the strength of a tournament too. Over the past six months, the Covid crisis has essentially stress-tested the world’s people, businesses, institutions, nations and even cricket tournaments for resiliency. The ICC’s T20 World Cup, despite being a relatively simple, short and compact tournament, failed the resiliency test. Yet the IPL, benefiting from the fact that the BCCI enjoys a level of autonomy from the Indian government that other ICC members do not, has come through with flying colours, overcoming the challenges of relocating itself in a hyper-restrictive environment. As lockdowns squeezed the life out of the 2020 cricket calendar, it is the one competition that never looked in doubt – even after its initial postponement.

“The IPL is unique in terms of its size and the amount of money it generates from a reasonably small window of cricket. It’s changed the whole landscape,” says Tom Moffat, the chief executive of the Federation of International Cricketers’ Associations. “It’s been the driver and the catalyst for the alternative domestic leagues market to evolve and grow.”

In May, former IPL chief operating officer Sundar Raman spelled out the financial might behind the IPL as he made the case for postponing the T20 World Cup and filling its window with the IPL. In a paper addressing the Covid-inspired cricket crisis, he wrote: “IPL remains as the single biggest event for the global cricket economy. With a contribution of around 1/3rd of global cricket revenues annually, the importance of IPL to cricket’s global economy cannot be over stressed. If IPL was to be considered a separate cricket body and revenues from IPL were to be removed from the Indian cricket board’s revenues, IPL would emerge as the biggest revenue generator for global cricket – higher even than ICC & ACC revenues combined.”

On its way to the top of the cricket pyramid, the IPL has changed cricket faster than ever before. An entire sport has shifted. South African player agent Francois Brink puts it like this: “In rugby, international matches are still the ultimate and club and provincial rugby are still played. In football, the club game is the most important thing, and managers look at international football as a necessary evil.

“Cricket used to be more like rugby, but in the last 10 or 12 years – because of the T20 tournaments – it has become more like a hybrid between rugby and football. What’s more important, the lucrative leagues, like the IPL, or international cricket? Cricket is somewhere in between. I think it’s trying to find its feet.”

While Brink may see the game in a state of balance right now, it’s clear which way it is shifting. If we accept that the IPL has grown into the world’s biggest tournament, and that it will continue to steer the direction of the game, then where is it taking us?

“What it might do to cricket has already started and it might exacerbate that,” says Andrew Breetzke, who heads up the South African Cricketers’ Association. “It’s quite clear that the status of players having domestic contracts with their own countries as their primary source of income and, as such, their primary commitment to cricket is changing. The IPL has given them another option.

“That concept started with the West Indies players, who realised that and became international free agents. It slowly moved into county cricket, where guys didn’t want contracts. Alex Hales was one of the first who said he didn’t want one because he didn’t need it. In the past season, for the first time in our history, we had that situation (in South Africa). That’s what the IPL created. It’s the core of the influence that the IPL has had on international cricket, from a player perspective.” 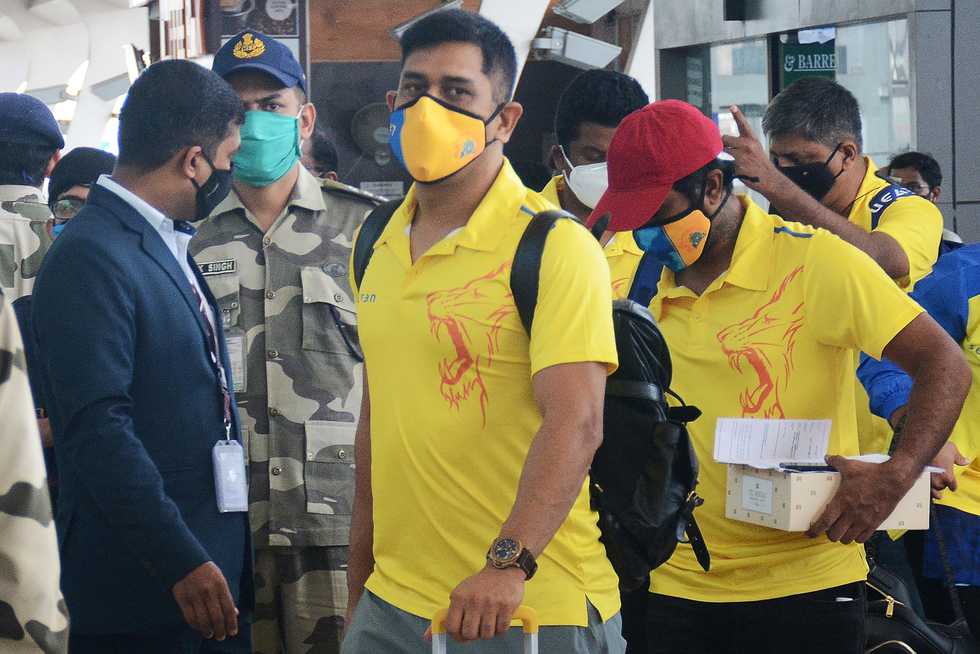 As lockdowns squeezed the life out of the 2020 cricket calendar, IPL is the one competition that never looked in doubt ©AFP

Faced with a changing landscape, other member boards have needed to react. England, who sit in the second-tier of cricket’s power list with Australia, have done so in two main ways: by introducing The Hundred, and changing their scheduling to allow their players to take part in the IPL. Both measures are designed to keep players happy, which is a tacit admission that in the world the IPL is creating, players have more sway than boards.

These trends have been emerging for some time, and featured prominently in the T20 Revolution series that ran in this space during the 2019 IPL. But the world has changed dramatically since that tournament, and the speed of change has increased further in the wake of Covid-19, which has made the cost of bilateral cricket prohibitive for many members and also shrunk the global economy on which they rely.

It is into this void that the IPL is stepping, and it is a void that is only likely to hollow out further over time. That could loosen some of the parameters that have inhibited the IPL’s growth in the past. The concept of having two IPL seasons per year has been around since the tournament’s early success, but has been held back by the international calendar as well as the BCCI’s international broadcast rights. Since Star own the rights to both the IPL and India’s home season, it has not been possible to expand the former without devaluing the latter.

But with the IPL becoming a more valuable property than India internationals, the incentive to play more of the IPL is growing for both the BCCI and its broadcast partner. And as the money realm shrinks and less international cricket is played elsewhere, might it also become easier for the IPL to stake a claim for a second window in the calendar, or more realistically to increase the scope of its existing season?

“I think that’s the ever-present threat,” admits Moffat. “It has that window that could potentially box its way out to be a significant chunk of the year. Whether that would be a positive or a negative, time will tell. Clearly it’s got the commercial might and the support to potentially be able to do that. It’s a question of whether that’s the right thing for the game, from an Indian perspective and from a global perspective.”

There was a hint of mischief in the phrasing of Raman’s paper when he spoke of the importance of the IPL to “cricket’s global economy”, because while the tournament has clearly benefited players in the top echelon of the game from other parts of the world, there is minimal benefit to the cricket structures they come from. This was outlined by Cricket West Indies chief executive Johnny Grave in a paper he presented to the ICC two years ago.

“While not staged by the ICC, the IPL has taken on the status of a global event. Similar to what happens during ICC Events, Full Members have scheduled little or no international cricket during the IPL, which allows the world’s best cricketers to play in India and global cricket fans with only the IPL to watch,” Grave wrote. “Unlike ICC Events however, the net surplus from the IPL is not distributed among those members who have agreed not to schedule tours during this period. Instead, save for release fees, all income is retained by the BCCI.”

Grave went on to suggest that there should be a payment made by the BCCI to members that have agreed not to play international cricket during the IPL, and while one can imagine the notion was laughed off in the halls of the BCCI’s headquarters at the time, it is a bargaining chip that they hold. Even a small payoff would be enough to incentivise the smaller nations to reduce their international schedule – or play it in smaller blocks in the way that happens in international football – given that most of their fixtures lose money anyway.

But would the BCCI even need to do that? As the IPL and other T20 tournaments empower the players and international cricket finds itself sidelined – in part due to its own inability to create a relevant and attractive offering – what happens in the ICC board room will become less important. The BCCI might not need to ‘buy’ the votes of other members in order to hold sway in the areas of the game that really matter.

All of which makes this IPL a pivotal moment in cricket’s history. For the first time the tournament is being held outside of the Indian holiday season. Will it command the same attention? And what will appetite levels be like when two IPLs are held in the space of six months, as will now be the case?

The answers to these questions are likely to inform any decision to expand a tournament that, up until now, has served the BCCI so well that they have not seen the need to tweak the formula. And even if they don’t care much for the cricket itself, the rest of the world will be watching with interest, waiting to see how the sport’s biggest tournament will shape their future.